From DigitalChalk announcements to marketing tips and techniques, our blogs keep you at the top of your training game.

If you work for or manage a business located in California, you’re more than likely familiar with the Fair Employment and Housing Act (FEHA), more commonly referred to as the California Anti-Harassment Law. As a mainstay of California compliance law, FEHA has been a defining feature of the workplace since 1959 when the law was first enacted. At its simplest level, FEHA prohibits discrimination and harassment against any person belonging to a protected category. It’s not quite that simple, though. There have been quite a few changes, additions, and amendments to the law over the past 60 years, including several major ones just this year. You might be less familiar with new California anti-harassment laws enacted in early 2019. But don’t worry. We’ll cover everything you need to know in this blog post.

Let’s review. During the mid-20th Century, the United States government passed several series of laws that made certain forms of discrimination and harassment illegal. Mostly, these laws pertained to race, class, and gender. The laws protecting people from discrimination because of disability, sexual orientation, and other categories would come in the following decades.

FEHA was one of the laws from the earlier period. In fact, FEHA even predates the federal Civil Rights Act of 1964, which was and still is one of the most prominent anti-discrimination laws in the United States. Since 1959, however, FEHA has undergone many changes.

In the wake of the #MeToo movement, California Governor Jerry Brown signed 8 bills into law in 2018 that aim to prevent sexual harassment and other forms of discrimination in the workplace (San Francisco Chronicle). While each of these laws merit individual attention, we’re going to review three specific laws that pertain to harassment prevention in the workplace that have been in effect as of January 1st, 2019.

2. SB 1300: Senate Bill no. 1300 contains several new provisions designed to prevent all kinds of harassment. This bill expands the previous definition of harassment as provided by FEHA to include even more protected categories. Furthermore, SB 1300 also prohibits employers from requiring that employees in harassment cases sign two types of documents: one that is an agreement to not sue of file a claim against the employer in a harassment case and another, which is a nondisparagement agreement that keeps employees from disclosing information regarding unlawful actions in a workplace to outside parties. Essentially, this provision of SB 1300 gives employees a legal avenue for speaking out about harassment and other illegal practices in their workplaces.

How to Prepare for the Changes

As with any compliance laws, there are steps you can take to understand and prepare for the new California compliance laws. For more in-depth strategies for keeping your compliance policy up to snuff, read this blog.

Training is critical to understanding the new California anti-harassment laws. That’s why it’s important to find a training solution that is innovative, effective, and easy to use. That’s where DigitalChalk comes in. Check out our on-demand course library for up-to-date California Anti-Harassment training:

DigitalChalk is your complete solution for creating and delivering your training online. No matter who you train, the DigitalChalk platform is a time-saving, efficient, learning management system (LMS) that lets you design and launch your courses, your way.

Want to learn more about the DigitalChalk online learning solution? Call us at 877-321-2451 (opt. 1) or sales@digitalchalk.com to speak with a Solution Specialist. Or visit our website at www.digitalchalk.com. 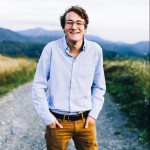 Karle Stinehour
After receiving two degrees in English, Karle decided to take his skills to the world of digital marketing and eCommerce. Karle loves to leverage tools and technologies to implement creative marketing strategies, generate leads, and design marketing content that will drive online traffic. When he's not working for DigitalChalk, Karle enjoys reading novels from any time or national origin, delving into new video games, and cooking new recipes with his wife.

Stay in the Know!

Get the latest news, updates, and trends from DigitalChalk.

We have added you to our blog subscription list. Please check your inbox for a confirmation message.

Cookies let you use our live chat and personalize your experience on our website, tell us which parts of our website people have visited, help us measure the effectiveness of ads and web searches, and give us insights into user behavior so we can improve our communications and products. Read our Privacy Policy.Accept