From DigitalChalk announcements to marketing tips and techniques, our blogs keep you at the top of your training game.

The Future of Flash – SPOILER: There Isn’t One

On July 25, 2017, Adobe announced that it will stop updating and distributing Flash Player at the end of 2020, and “encourage content creators to migrate any existing Flash content” to newer open formats like HTML5 [1]. Adobe made this announcement in coordination with the major browser makers, each of whom issued their own timeline for removing Flash support. Since 2017, Flash is slowly being phased out, with no major browser supporting it past the end of 2020.

What You Should Do

How This Change Affects Learners Taking the Course

To help you determine the timing for migrating your Flash course content, we’re providing timelines from the major browser makers for sunsetting Flash:

DigitalChalk is your complete solution for creating and delivering your training online. No matter who you train, the DigitalChalk platform is a time-saving, efficient, learning management system (LMS) that lets you design and launch your courses, your way.

Want to learn more about the DigitalChalk online learning solution? Call us at 877-321-2451 (opt. 1) or sales@digitalchalk.com to speak with a Solution Specialist. Or visit our website at www.digitalchalk.com. 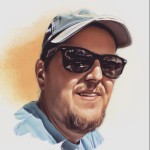 Stay in the Know!

Get the latest news, updates, and trends from DigitalChalk.

We have added you to our blog subscription list. Please check your inbox for a confirmation message.

Cookies let you use our live chat and personalize your experience on our website, tell us which parts of our website people have visited, help us measure the effectiveness of ads and web searches, and give us insights into user behavior so we can improve our communications and products. Read our Privacy Policy.Accept